Route: From Ravestonedale, I walked alogn the road to Greenside then followed the bridleway west to the road at Will Hill. I followed the road westwards then took the public footpath south (indistinct in places and VERY boggy around Pinskey) via Pinskey, Stwarth, Hunthoof Pike up onto Green Bell. This summit is a superb vantage point, with the rounded, unenclosed hills of the Howgill Fells, dissected by steep-sided deep valleys, stretching away as far as the eye could see southwards.

From the summit, I followed the broad ridge south-westwards via Spengill Head and Stockless to the saddle of land below Randygill Top (head of Stockless Gill), where I turned east, contouring across the hillside to reach the saddle at the head of Long Gill (Grere Fell). I then followed a narrow path across the steep upper slopes of Green Bell high above Long Gill to the saddle of land between Green Bell and Knoutberry and then up onto Knoutberry. From there, I followed the east spur down into the saddle between Knoutberry and Knott, where I picked up a clear path which I followed along the eastern side of Wyegarth Gill to the enclosure at Thornthwaite where I followed the track back into Ravenstonedale passing Kilnmire along the way. The final 30 minutes of this walk was completed with head-torches (planned!) - e sunset across the Howgill Fells was magnificent!

I guided a group of 6 people along this route, as part of their NNAS Silver Award navigation course.
OL19 map and compass required for this walk. Much of this walk heads across Open Access land, with indistinct or non existent paths in places. Navigation will be difficult in poor weather. The Howgill Fells are remote, high, exposed and navigationally challenging - but fantastic for walking!

PHOTOS OF THE WALK
These photos are in order, and the files are named. Copyright Mark Reid 2011 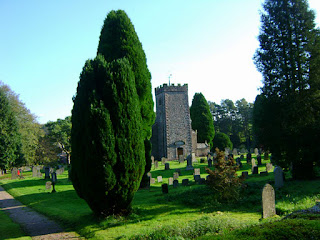 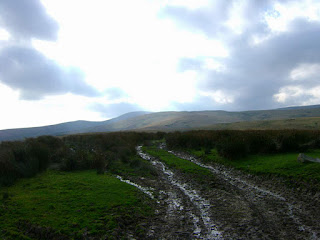 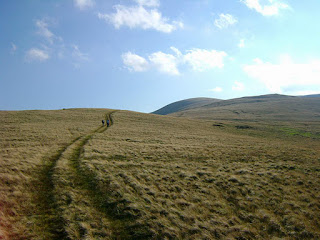 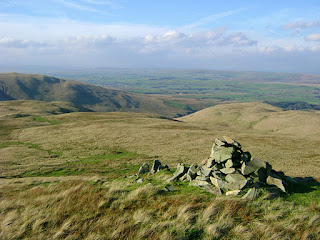 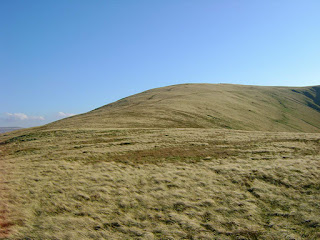 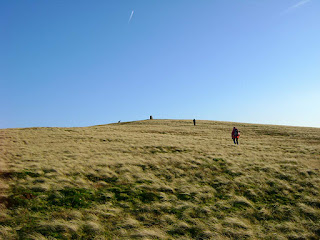 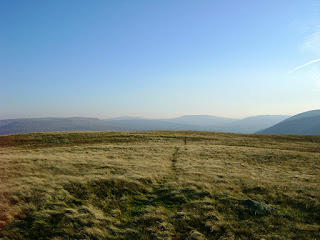 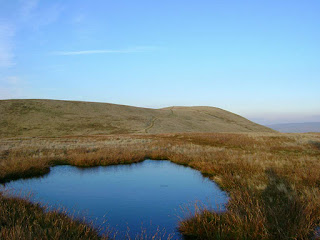 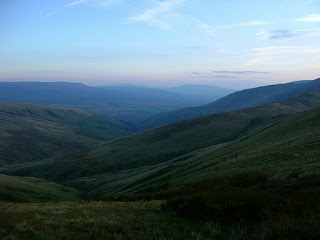 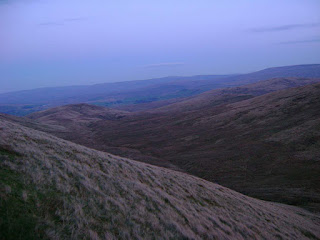