Route:  This 'Fell Beck Round' is the easiest way up to the summit of Ingleborough, and the route with the most interest along the way. That said, it is a mountain walk that must be approached with caution and respect. The route also passes Gaping Gill, with its open chasm where Fell Beck disappears into a mighty cavern - there is a 340-ft sheer drop, so keep well away from its edge. Keep to the path in this area as the surrounding grassy moorland is littered with open potholes.

From Clapham, I followed the track northwards to Clapdale Farm, then on passing Ingleborough Cave and up through the spectacular limestone gorge of Trow Gill  to reach Gaping Gill. This incredible pothole is situated in a broad, shallow valley of Fell Beck, with Little Ingleborough rising up ahead. From Gaping Gill, a clear path leads up onto Little Ingleborough before heading along the wide ridge up onto the flat-topped summit of Ingleborough. The trig point is a short detour westwards across the plateau.

From the summit, I followed the path down from the NE corner of the summit plateau into the 'saddle' between Ingleborough and Simon Fell then followed the wall up onto the rounded grassy hill of Simon Fell. I then followed the wall south down across peat hags (wonderful views across Ribblesdale) to join the Horton path at SD 758 742 and followed this path to Sulber. At Sulber, I turned SW to reach Sulber Gate then continued along the bridleway across Long Scar to pick up the start of Long Lane (track), which I followed all the way back to Clapham. A superb day in the Three Peaks. OL2 map and compass required for this walk. Public footpaths and bridleways all the way. I walked this route with Graeme Tiffany.

Photos of the walk
These photos are in order, and the files are named. Copyright Mark Reid 2011 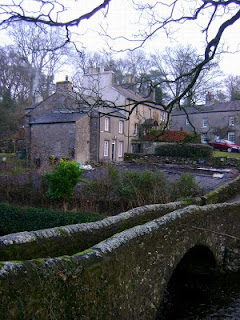 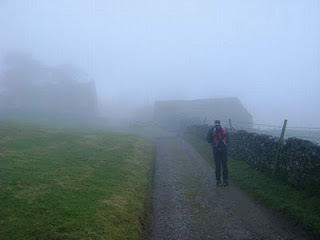 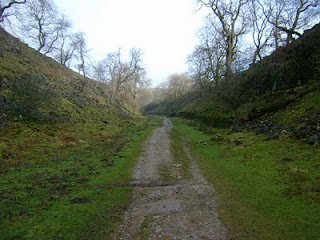 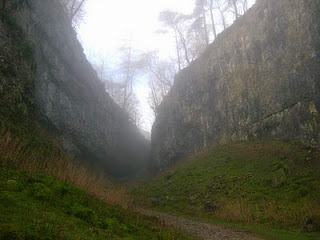 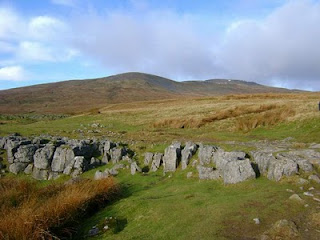 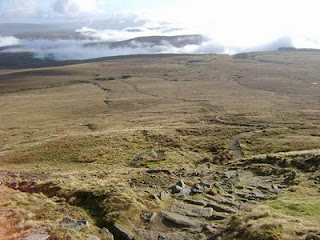 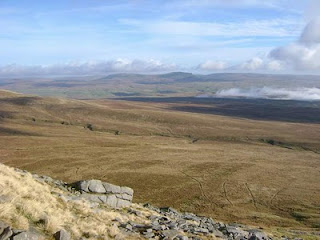 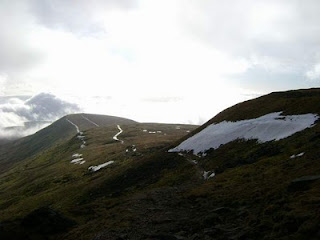 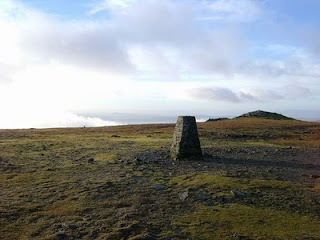 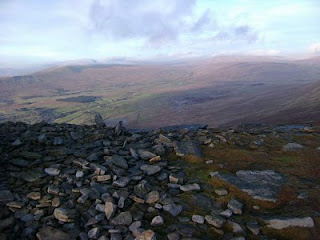 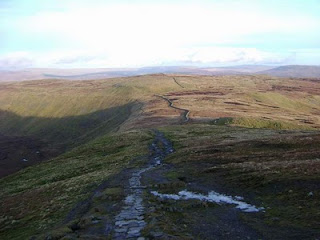 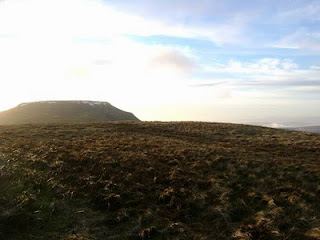 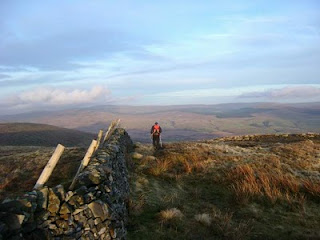 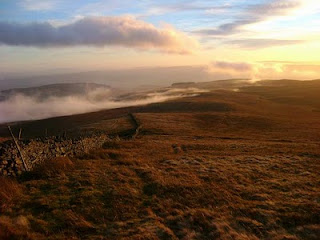 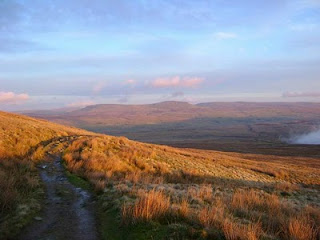 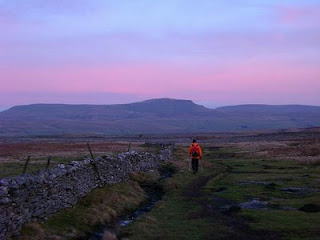 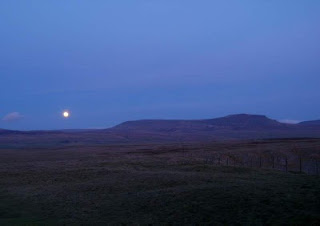 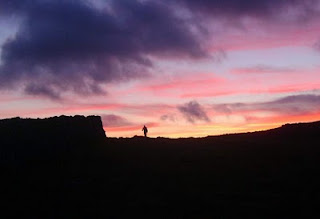