Route: From the centre of Kirkby Stephen, I followed the the Coast to Coast route to the summit of Nine Standards, following the path across Frank's Bridge and into Hartley, from where a road climbs steadily up to reach a fork at the end of the road. A track then carries on across gently rising moorland alongside Reigill then Faraday Gill up onto the summit of Nine Standards Rigg - an easy walk! There are superb views across the Vale of Eden towards the North Pennines. From Nine Standards to Outhgill, the route mostly follows Open Access Land, with indistinct paths in places but much of it pathless.

From the summit, attention to navigation is required to follow the correct path down across Rollinson Haggs to reach the head of Dukerdale, from where a grassy path heads across limestone to reach the unfenced moorland road at Tailbridge Hill. A grassy 'quad track' then climbs steeply up onto High Pike Hill, from where an intermittent path heads south across the broad moorland ridge (above Mallerstang Edge) up onto the broad summit plateau of High Seat (709m), marked by a small cairn. This is a magical spot, with breathtaking views across to Wild Boar Fell, Ingleborough, Great Shunner Fell and a vast sea of moorland. A remote, wild and lonely place.

From the summit cairn, I turned west down a short but steep escarpment before reaching Mallerstang Edge proper. Care must be taken in choosing the correct route down as there are cliffs and steep ground here that could prove dangerous. I chose a steep but grassy route down between the two small streams that flow down towards Outhgill - the only difficulty was the steepness, as underfoot it was a grassy slope that required a lot of zig-zagging! At the foot of Mallerstang Edge, I continued down alongside the stream across rough, boggy ground to pick up the 'dead end' footpath that leads into Outhgill. Field paths, tracks and lanes then took me back to Kirkby Stephen via Pendragon Castle, Lammerside Castle and Wharton Hall.

I guidied a group of 13 people along this route.

OL19 map and compass required for this walk. Public paths and Open Access Land. Navigation will be difficult in poor weather. The descent down Mallerstang Edge from High Seat is very steep and requires care and attention to pick the correct line of descent.

PHOTOS OF THE WALK
These photos are in order, and the files are named. Copyright Mark Reid 2011 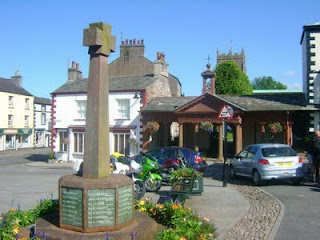 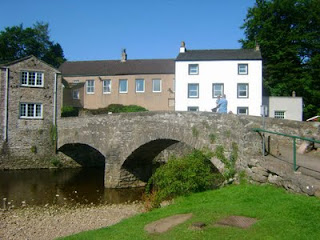 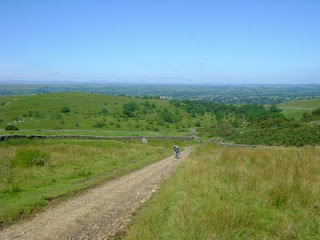 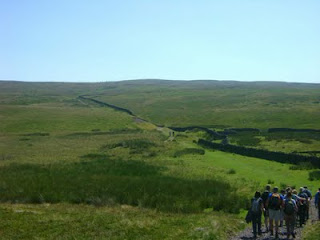 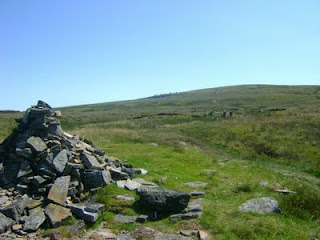 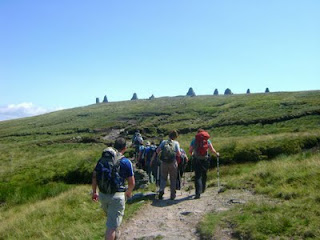 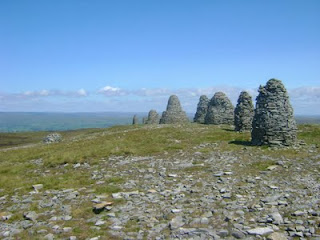 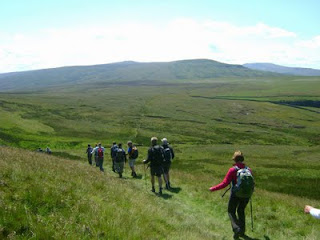 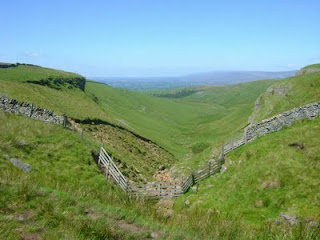 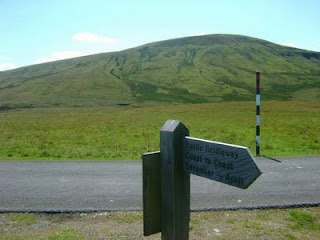 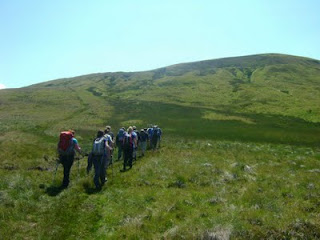 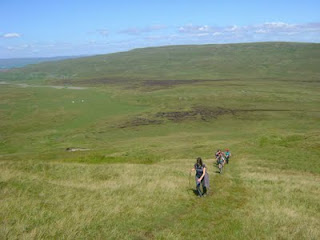 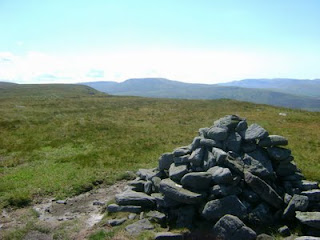 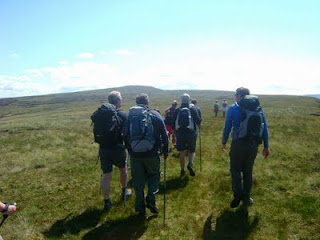 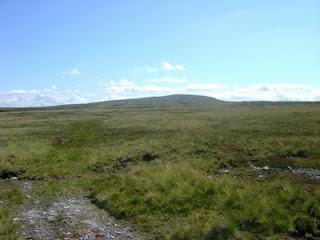 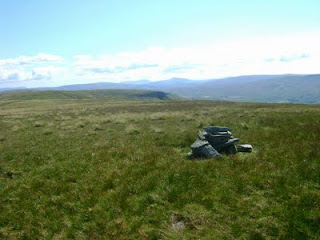 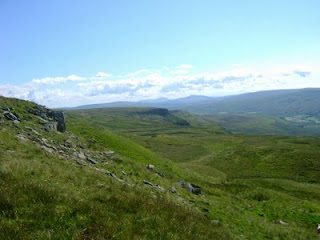 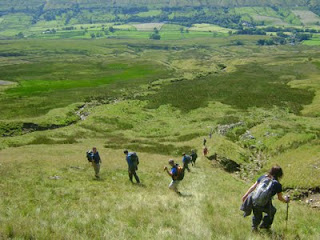 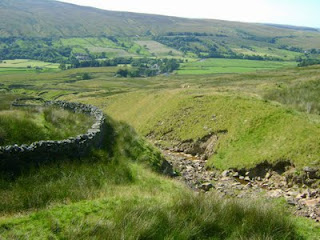 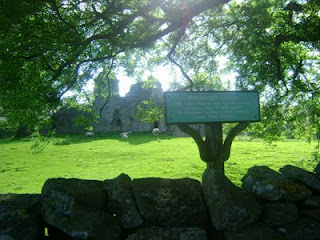 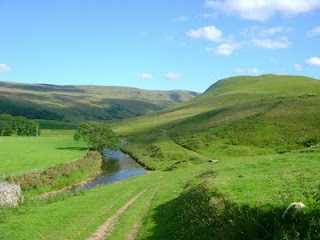 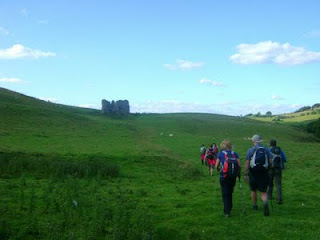 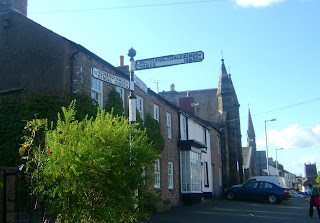